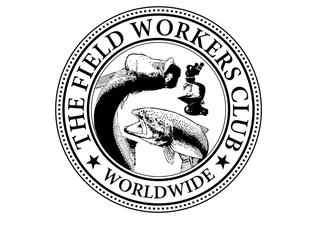 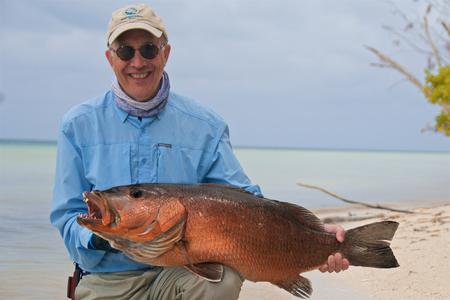 Thoughts from a few of our club members.... 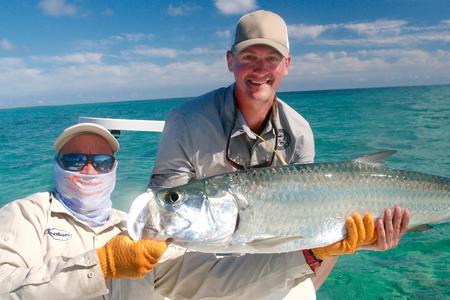 ​
"I have been on countless fishing trips to a number of tremendous locations.  The Tarpon Tagging Expedition in 2014 was, however, truly my most unique.  The quality of the fishery, accommodations, and guide staff would already make this trip a success.  What I wasn’t prepared for was the incredible program assembled by Adam.  Allowing anglers an opportunity to donate their skills set to the scientific community places this expedition format into a class of it’s own.  The marine biology and ecological knowledge which Dr. Jerry Ault shared with our team was a “game changer”.   Having a world class angler in Stu Apte educating and coaching the field workers (anglers) in the disciplines of preparation, technique, and mind-set, in order to effectively carry-out our mission, was priceless.  I sense a void in the angling community starting to be addressed.  Adam has designed an experience with a purpose.  The net result is an expedition which creates memories and friendships that last a lifetime."

Fieldworkers Club Does Cuba Act II
Eleven Fly Fishing Temba’s boarded their planes
Trusting Adam and Brandon was most likely sane
Tagging the Silver King was their goal
Hoping Cuban Customs was not a black hole
First four went north and tested new places
Hunting new water for fieldworkers chases
Would your luggage make it? The eternal plea
After last year, Adam waited on bended knee
Others followed where Brandon was boss
Cuc’s for dollars what a loss
While the Santa Clara seven searched for cigars and rum
Bill and Larry were working Marcos for fun
The wine was promised! But it was complicated, very
How much in a case? A bizarre vintner’s query!
A box,  but of course, please do not worry
At dawn the fortunate eleven meet up
The adventure promised soon to start up

The shortest bus ride by far and a much faster boat
The Tortuga in sight! Our guides are afloat
A scramble to rig, grabbing beer to prepare
Our dreams of the fishing were finally there
Would they eat? Would they eat? Was the question to answer?
According to Jacque’s if you’re French you’re the master
Behold the fish Ate! A most welcome sight.
We jumped them and measured to Jerry’s delight
Stories were told and lies repeated
Zee Biggest Tarpon ever (again) was annoyingly feted
The chants of Abula! Echoed all day
Soon Mangoes and Guides had entered the fray
Poor Jerry the tallest of the troupe
Bonked his head again forgetting to stoop
Joey remarked that he’s seen many
With thoughts like that who needs a penny?
For 5 days the fisherman tested their skill
A First Tarpon for two what a thrill
The water so clear a snorkel not needed
The colors and scenery could not be exceeded
No matter our jobs in our lives in the states
Not having adventure is a terrible fate
We are fortunate we few to fish and explore
To see a place so pristine and to fish before
For memories like ours are difficult to find
Lifelong experiences and new friendships combined.
Very few can say that they have fished with the best
Tarpon and Permit are surely a great quest
So until next year when the few re-band
Making memories and friends in a far off land 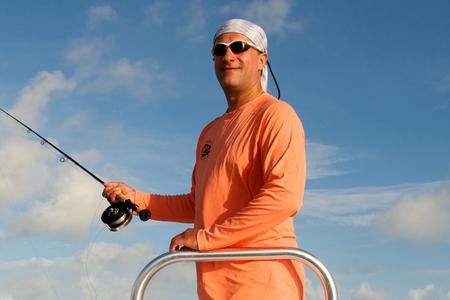 "It seems that all I hear about are the issues our fisheries and oceans face on a day to day basis.  It gets discouraging at times.  I know I have asked myself, "What can I do to help?"  Sure, an individual can give money and join various conservation groups which is great, but the tagging expedition in 2014 gave me a great opportunity to get involved with a hands on approach.  The trip also gave me the opportunity to share meals and fish with Stu Apte, acquire valuable knowledge from a group of like minded individuals, talk to one of the leading scientists in the field of ocean conservation, make friends with complete strangers who share the same passion, and all of this while having an amazing time is a life experience I will never forget"